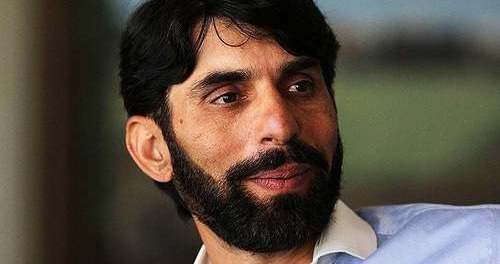 On the lawns of Aitchison College, a game of schoolboy cricket is developing. Saeed is batting at number four. His proud parents casually watch on, grazing on fruits while engaging in idle chit-chat with some other respectful middle class couple.

“Your son reminds me of Sachin when he hits straight.”

“That hook shot reminded me of a young Ricky Ponting.”

Finally Saeed succumbs to the realities of an infant technique facing a swinging ball.

The most successful captain in the history of Pakistan cricket has announced his retirement. How will he be remembered?

“Oh dear. He leaves the ball like Virat. We better work on that with him.”

Like at most places with high expectations, the young men are pigeon-holed. That swing bowler will be the next James Anderson. The left arm version is Wasim. Everyone in Pakistan wants to be Wasim.

The match continues. Saeed watches on from the sidelines as the wicketkeeper puts down a sitter. The parents giggle as they compare the gloved child to Kamran Akmal.

Yet no one is compared to Misbah.

No child wears Misbah’s number on their back. They wouldn’t even know what number he wears. He has made the most ODI runs of any player never to have made an ODI century. Both a massive success and a massive failure.

No child wants to be Misbah.

However, it matters little for what Misbah lacks, for he has what many others do not.

The gift of leadership.

Like the wind, you can’t touch it. But you can feel it and witness its dramatic impacts.

A gift not necessarily held by the team’s best player, but a gift held by its most important.

These are Misbah’s hooks and cover drives. They are more powerful and longer lasting than any blow to cow corner.

The turf at Lord’s is experiencing a 40-year-old man doing push-ups on it during a Test match.

It has never been seen before. It’s possible that these push-ups are the most meaningful and iconic statement made in cricket in the last 20 years.

A century just made at the Home of Cricket. In itself, nothing remarkable. Top order Test batsmen are designed to make hundreds.

A leader can mark his influence by a vast array of methods. In this instance, the sound of creaking, aging pectoral muscles is louder than anything his men have heard before. The message is clear.

‘Let them come and challenge us. We can beat them. No matter what they say.’

Pakistan cricket is a monster that can never be tamed. But it can be herded. Only for short periods of time. And only by magicians.

Imran demonstrated his sorcery in 1992.

Misbah proved he was a cricketing wizard in 2016. A wizard who casts his spells by doing push-ups.

That he guided this team to a series draw in England is no small achievement. Both countries were playing to be the number one ranked team in the world. England didn’t necessarily choke. Misbah’s team didn’t necessarily dominate. But it didn’t lose the series either. Under Misbah, Pakistan rarely lost.

For his efforts during this series, Wisden was concluding that both he and his partner in crime, Younis Khan, would be recipients of the coveted Wisden Cricketer of the Year award.

Not since Greenidge and Haynes has there been a more iconic batting partnership. One that defined the spirit of a nation.

Had Younis been born in Australia, we would be comparing him to Ponting. If he had been born in England, he would have no historical peer.

Yet, no one compares Misbah to anyone. His deeds with the bat were good. But it is his deeds as a leader of men that were of greater significance.

Unfortunately, there are no statistics for leadership.

A few days after the English series ended and after some rain in the West Indies, Pakistan became number one. It united a country like no event before.

Misbah had taken a rabble and moulded them into conquerors of the world.

There are people who hate Misbah. These people probably gain pleasure from drowning puppies.

A man who hasn’t been able to play at home since 2009. A man who overcame the egos of Afridi, Malik and multiple Akmals to gel a team. A man who formed one half of the all powerful Younis-ul-Haq dynamic batting duo.

A man with values. One who stood up against the reintegration of spot-fixers — a stance that after the recent Pakistan Super League appears to have been the right one.

A man who made the hundreds when he had to.

A man who has decided to leave the game while on the other side of the world. Compare that with Sachin, who had schedules manipulated so he could retire in a place that would stroke his ego.

While cricketers can be labelled great players or even legends because of their play, Misbah is an immortal based purely on his leadership. Not because of what he did with a piece of willow in his hand, but because of the man he is.

It doesn’t matter what happens in Misbah’s final Test series.

He may make more runs than ever before. He may fail like the majority of batsmen do. Whatever comes, it doesn’t matter.

History has written Misbah’s opus. His story is not of batting accomplishments or trophies won.

It is about making young men into better men. It is about goodness and values and family and trust. A fable about leadership through adversity and of a great human gently stroking a beard.

But Misbah won’t tell you about it. His grandchildren will not hear about his legend from their grandfather. This is not who Misbah is.

Pakistan will miss Misbah. Cricket will bemoan the loss of Misbah.

Saeed and his parents are enjoying a post-match meal.

This father smiles with pride. A mother realises her son is attracted to the right values. The world has just gained a better man.

A great player. A leader of cricketers.

A maker of men.

Dennis Freedman is a cricket writer and host of Can’t Bowl Can’t Throw Cricket Show heard on Australian radio and globally via iTunes. Find him atDennisDoesCricket.com or @DennisCricket_