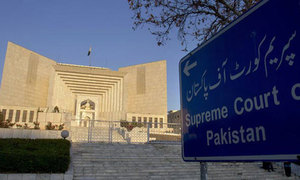 The joint investigation team (JIT), set up to examine the business dealings of the Sharif family abroad, on Monday told the Supreme Court (SC) that not only have some governmental departments shown reluctance in handing over relevant records, but some records have also been tampered with, DawnNews reported.

The SC bench overseeing the implementation of the Panama Papers verdict was hearing various issues surrounding the investigation on Monday.

These included the second petition filed by the prime minister’s elder son seeking the constitution of a commission to investigate the leak of a photograph depicting him appearing before the JIT.

The JIT had prepared an inquiry report on the Hussain Nawaz photo leak, which was submitted to the bench.

The bench also took up an application, filed by the JIT, in which the investigators highlighted certain issues and problems they have been facing in concluding the probe within the stipulated two-month timeframe.

The court expressed its concern that the JIT will not be able to complete the investigation within the timeframe if obstacles are created in the probe.

The bench remarked that the allegations levelled in the JIT probe are of a serious nature, while some departments have been accused of tampering records.

Meanwhile, Justice Ijazul Ahsan wondered why the heads of some government departments resorted to writing to the apex court after their appearance before the JIT in connection with the probe. These letters are later released to the media by the officials, he said.

In its inquiry report, a copy of which is available with Dawn.com, the JIT rejected all allegations levelled against the body in connection with the ‘leaking’ of Hussain Nawaz picture, but also told the court that punitive action has been taken against one individual suspected of involvement in the incident.

“The individual was immediately removed from assigned duties and reverted to his parent department,” said the report.

The filing of the application by Hussain and allegations levelled in it “are all part of the same carefully choreographed campaign to intimidate and malign the members of the JIT so as to disrupt, delay and frustrate the investigation being carried out by the JIT”.

The JIT vehemently denied the allegation that one of its members could be involved in the leak of the image. It asserted that there is nothing unlawful in the video recording of interviews by the JIT, saying it is part of the standard operating procedure adopted by the JIT for the probe.

“The voluntarily submission of a conclusive report on this incident to the honourable bench… establishes the bona fides and integrity of the entire JIT,” it said, and requested the court to dismiss Hussain’s application.

Khawaja Haris, who represents Hussain, argued against the filming of statements given to the JIT; however, Justice Justice Ejaz Afzal made it clear that video recording of the interrogation was allowed under Section 162.

However, Justice Ijazul Ahsan assured that the recording could not be used against any witness.

The bench proceeded to order the attorney general and the team of lawyers representing Prime Minister Nawaz Sharif’s elder son, Hussain Nawaz, to submit their replies by June 14 to the allegations levelled by the JIT.

It told the attorney general to examine the written report submitted by the JIT on the CCTV image leak and recommend what action can be taken against the person who circulated the photo.

It also asked the deputy attorney general, who was present for the proceedings, if it was wise for the JIT’s report on the problems being faced by the team to be made public.